A friend of mine and I decided to go for a run.

The two of us running, two confident bike riders, two newbies, and two in strollers.  What could possibly go wrong?

If you’re wondering whether the 8 of us looked comical, apparently we did.  The guy sitting on his front step laughing at us confirmed it.  But, we were on our way! 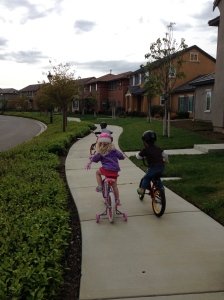 The first minute or so went pretty well.  Wait!  One, two, three…what happened to the fourth rider? 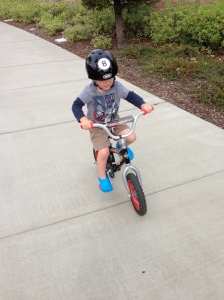 Oh, there he is looking disgruntled and unhappy.  Two minutes into the ride, he decided he wasn’t having fun nor did he want to ride his bike. So he slowed down… 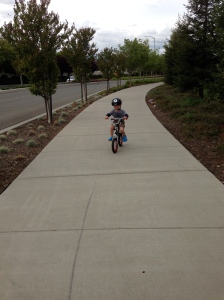 Then slowed down some more…

Yes, this is going well. 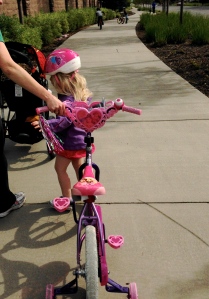 And look, someone else doesn’t want to ride anymore.  Completely off her bike.  Excellent.  At least the big boys are having fun…but where are they? 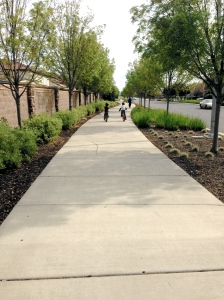 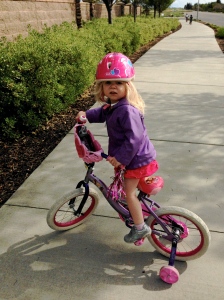 We jogged and coaxed the unhappy riders along.  Lil’ Miss, who was riding next to me, suddenly swerved right in front of my stroller, and completely stopped.  I nearly ran her over.  I also nearly went head first over the stroller making sure I stopped in time.  This running with kids thing isn’t for the faint of heart.

At about the moment when I wanted to abandon all and curl up into the fetal position, things started to click. Everyone was riding together.  It was a blessed moment…except they were going in opposite directions…and it looked like the two novices were about to crash… 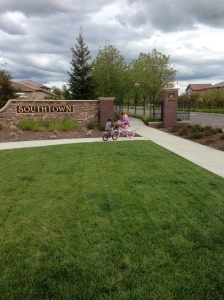 Hallelujah, it was just a close call.  And after a brief respite from the whining, fussing, complaining, and crying, we resumed our regularly scheduled program… 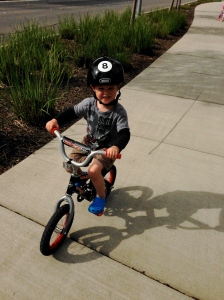 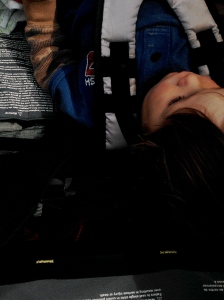 And the big boys seemed to have fun.  They were probably debating whether or not Odysseus showed more virtue than Achilles or who the greater idealist was, Plato or Aristotle.  Such scholars! 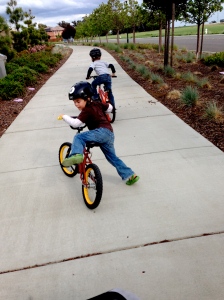 Off again! They ride off, they stop and wait, we coax the unwilling, we catch up. And repeat. 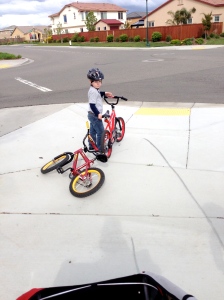 Houston, we have a problem. 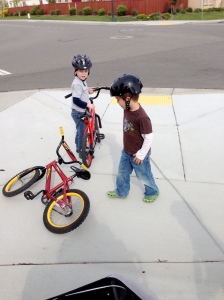 Just what was so important for him to get off his bike and prolong this pathetic excuse of a run? Wait for it… 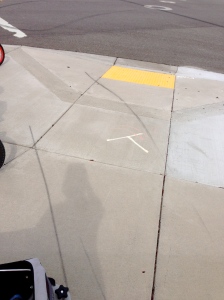 Skid-marks!  Whose skid-mark was longer? Looks like a tie…Now, let’s get back on our bikes, please. I’m starting to understand how Moses felt leading the complaining Israelites through the desert for 40 years!

We made it home 9hrs 42min later (I’m sure it was at least that long.)  Don’t let the photos fool you, it wasn’t as much fun as it looks. But, we’ll be out there again tomorrow.  After all, it’s important to exercise.