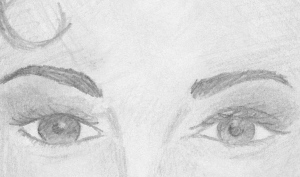 Did you know that more often than not Priscilla’s name is mentioned before her husband’s name? Seems odd in such a male dominated society, right?  Might it mean she was the more prominent teacher and leader of the couple?  I think so.

I think God has always loved women and has always given women opportunities to serve in ministry, as well as the intelligence and gifts needed to do so. I don’t think it’s God who has confused positions and abilities based on gender, I think, rather, that has been the act of imperfect humans.

Some believe Priscilla may have even written the book of Hebrews, or co-authored it with her husband.  As further encouragement, it appears that Aquila supported Priscilla’s gifts of hospitality, teaching, and leading since he’s always mentioned with her, though often second to her. And I’d guess that Priscilla appreciated and welcomed his support while respecting his own gifts.

We know for sure that Priscilla was a uniquely gifted individual, who put her faith in Jesus and did all she could to teach others to know him personally.  Both Priscilla and Aquila respected one another and created a united partnership and marriage.

“As each puts the other first, both can express themselves and grow without being inhibited in any way.” (Unconventional Women, p132) How amazing is that idea? After putting Christ at the center of their marriage, they next put the other first so that they may each grow and express themselves.  No competition or jealousy regarding gifts and prominence. Instead, fulfillment and the blessing of bringing both unbelievers and believers closer to Christ.

Priscilla was half of a fab husband-wife teaching and preaching team.  “The two acted as one, traveling, evangelizing, teaching, and encouraging young believers as well as Paul, their dear friend.” (Unconventional Women, p192.) Though she was a wife, she was also an incredibly talented and intelligent individual, who willingly used her gifts and abilities for the Kingdom of God.  I’d say that’s quite an amazing and encouraging role model for the modern woman!

Thank you Lord, for the example of Priscilla as equal partner in a Christ-centered marriage and as a uniquely gifted individual who  used those abilities to share Jesus with those around her.  May we be like Priscilla who learned to put her trust in you and lean on your grace as she juggled her role as wife, co-worker in business, and co-worker in your Kingdom.