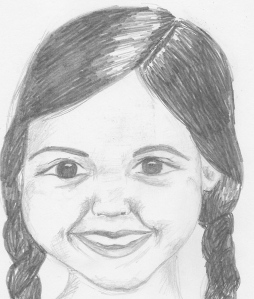 Welcome, grab your cup and have a cup of grace with me!

Ok, we’ve got Peter in prison, a church prayer meeting going on, and now we’re getting a miracle!

Unbeknownst to the praying church, an angel was waking Peter up and telling him to gather up his clothes and sandals and get a move on. By the way, while in prison, Peter was being guarded by 16 soldiers, and he was bound with chains. Herod wasn’t taking any chances. Ha! Little did he know that his squads of guards and his iron chains were no match for our God!

Thinking he was dreaming, Peter grabs his stuff and follows the angel passed the first and second guards and through the iron gate to the city (which also just opened for them.) The angel walked with Peter down one street, then left him.  And that’s when Peter really woke up.  And then, Peter knew the Lord sent the angel to rescue him.

Woot woot! So, we’ve got a group praying–without ceasing–through the night over at Mary’s house while this spectacular rescue was going on. Anyone else making the connection? A prayer meeting…a miracle…yup, there it is…Prayer works!

So, after Peter comes to and realizes what just happened, he heads to Mary’s house.

“Peter knocked at the outer entrance, and a servant girl named Rhoda came to answer the door.” (Acts 12:13)

FINALLY! Here’s Rhoda!  She was a servant of Mary’s so there’s a good chance she was at the prayer meeting. Dare I say she could have even been…participating in the prayer meeting? After all, as a member of Mary’s household, she would have heard about the Lord, and seen the faith of the believers. And we know that we are all one in Christ, “neither slave nor free” (Gal 3:28, Col 3:11) so my own personal guess is that Rhoda was in there praying for Peter.