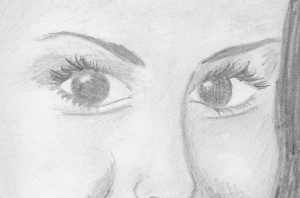 Naomi decided it was time for her to return home to her family. So she and her daughters-in-law, Orpah and Ruth, start on the road to Bethlehem. But before they’d gone too far, Naomi tells Orpah and Ruth to “Go back, each of you, to your mother’s home” (Ruth 1:8.) Naomi knew that it would be hard for them to be accepted as foreigners in Bethlehem, they were Moabite women, after all, and Israelites were not supposed to be friends with them. And while it pained her to part ways, she thought that their best bet was to stay in their homeland and go back to their own families. Clearly, these women loved each other very much. They were family.

Eventually Orpah says goodbye and heads back. But Ruth…she’s not going anywhere.

And here’s where I get caught up. Why not go home? Why stay on the course to becoming a social outcast living a destitute life? Why wouldn’t she want to see her mom and dad, and start fresh with their help? Why not go back?

Was it because their custom had married her off very young and Naomi was more like a mother to her than her own? She had grown up with Naomi, and she dearly loved her. Maybe there are circumstances we don’t know that influenced her decision. But it doesn’t matter, not really because her answer to Naomi says it all. It’s a very familiar passage of Scripture…but I had to look closely to understand.

“Don’t urge me to leave you or to turn back from you. Where you go I will go, and where you stay I will stay. Your people will be my people and your God my God.” (Ruth 1:6)

Basically, “Don’t make me go. You are my home now and your people will be mine. And most importantly, your God is MY GOD.”

Do you see it? It’s not about Ruth’s family and it’s not even about Naomi. It’s about God. In the time that Ruth lived as Naomi’s daughter-in-law, she saw the way Naomi lived, the way her family worshiped God, the way God loved them. They introduced her to a loving and faithful God. She saw the faith of her husband’s family and saw that the God in whom they put their faith was the one true God. And nothing…nothing…was going to keep her from her God.

Moab was a land of idols and false gods. And she wanted no part of that lifestyle. She was a changed woman, God touched her heart and her life and she knew He would take care of her. There was no going back. And she knew that by staying with Naomi and joining God’s people, her faith would grow and be nurtured.

Ruth wasn’t choosing her husband’s family over her own. Ruth chose her husband’s God, the great I AM, the King of Kings, the Almighty God over the false gods and idols of her country, her past.